Three reasons why road transport is increasingly efficient and sustainable

Reducing pollution and the emission of greenhouse gases is a challenge for all industrial sectors, including road transport and logistics.

Despite what outsiders may think, road freight is now increasingly efficient and sustainable. Here are three reasons why.

1 – Increasing efficiencies in the automotive industry

Vehicle manufacturers are aware of the importance of developing more efficient transport vehicles with smaller environmental footprints. Every year, the automobile industry unveils innovations designed to achieve that goal.
These innovations include constant improvements in fuel consumption. Diesel engines are currently more efficient and run on more ecological fuel such as biodiesel and ultra-low sulfur diesel. Fuel consumption is also lower due to reduced vehicle weight through the use of materials such as thermoplastics, which have been replacing metals. Other innovations are improved aerodynamics, leading to a 10% drop in fuel consumption, and tyres that reduce road friction.

Another increasingly used fuel is natural gas. It is becoming increasingly common to see trucks fuelled by compressed natural gas or liquefied natural gas. More efficient and sustainable, they produce between 10% and 25% less carbon dioxide than other hydrocarbons generating the same amount of energy. Particles and nitrogen oxide can be reduced by nearly 80%. Other alternatives are engines fuelled by biofuels or liquid petroleum.

Unlike for its air, maritime or rail counterparts, in road freight, journeys can be fully optimized, to such an extent that door-to-door service is often an option.
Good route planning and route optimization mean that goods travel from A to B by the shortest route. The localisation and fuel management systems that hauliers rely upon play a major part in route optimization. Some hauliers even have systems combining the topographic information of the route with GPS information so they can avoid particular stretches such as steep inclines.
Route optimization also implies choosing the times when there is least traffic. The result is more efficient distribution and fewer emissions of polluting gases.

3 – Recycling and green roads, a work in progress

“Green roads” are built to have the lowest possible environmental impact. Both their layout and materials are considered. Materials include rubber from recycled tyres, which gives tyres a second life while reducing tarmac production. Two of the advantages of rubber are that it requires less maintenance and has improved adherence for wheels. Another break-through in terms of recycling is the development of fire-retardant panels from waste produced by the paper industry.
Although the widespread construction of such roads will take time, in Europe, there is a growing awareness of their importance. We may start to see them in the medium term, as tests are already under way. These include adding titanium oxide to tarmac, which can reduce polluting emissions by as much as 90% on a sunny day. Other initiatives rely on the use of solar power to produce the electricity needed to illuminate roads in the hours of darkness. 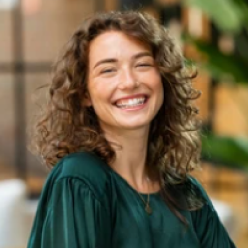